Introducing the 2022 Missouri State Teacher of the Year 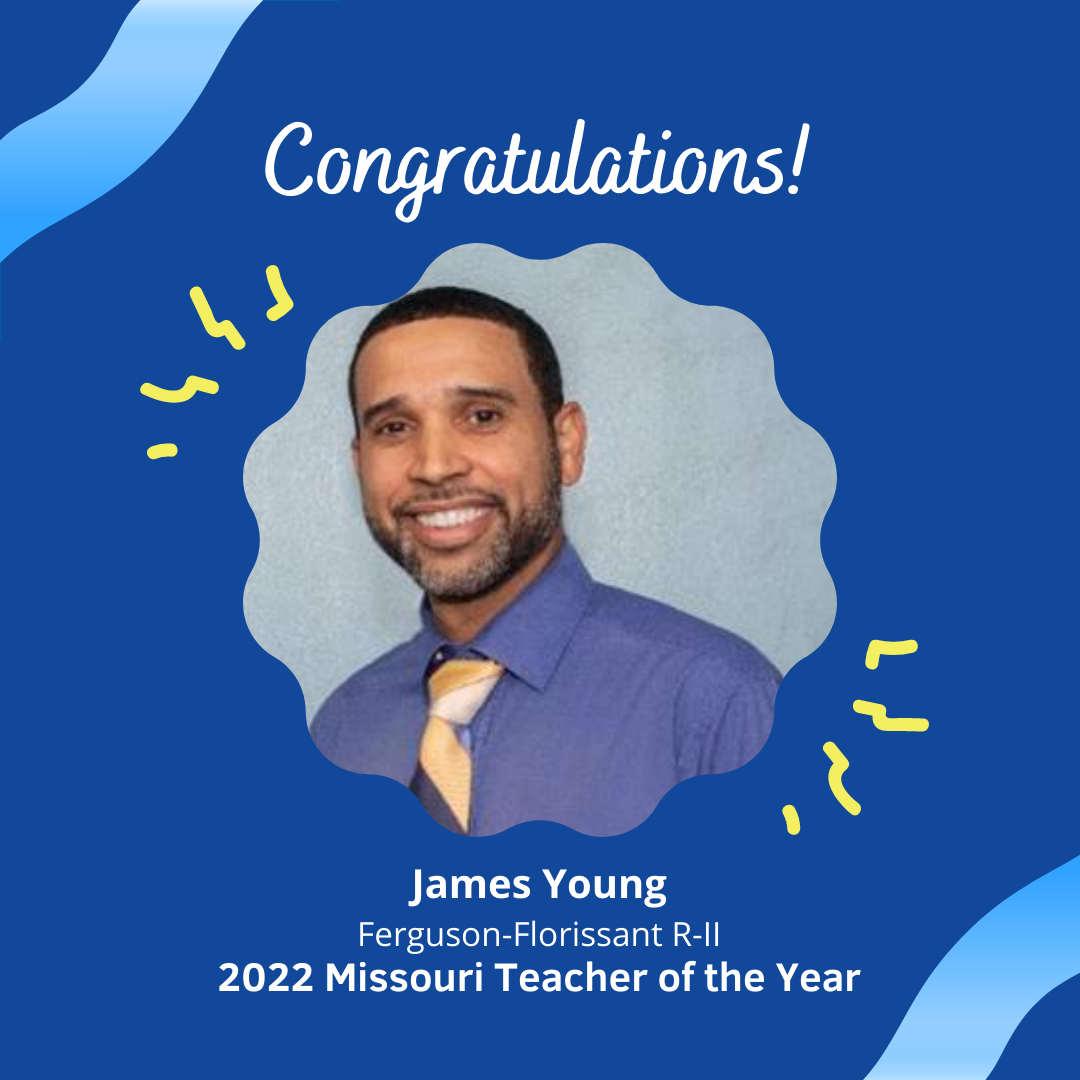 Congratulations to Mr. James Young, a musical theatre teacher from Ferguson-Florissant R-II, who was just named 2022 Missouri Teacher of the Year by the Missouri Department of Elementary and Secondary Education.

Residing in Ferguson with his wife and seven children, Young holds his Bachelor of Music Education from the University of Missouri- St. Louis. Young served in the United States Army before returning to school to become a teacher. His military service included membership in the U.S. Army Chorus during his tour in South Korea. With fourteen years of teaching experience, the majority of which has been spent in the Ferguson-Florissant School District where Young has taught Middle School Band, Guitar, Music Appreciation, General Music and a co-taught Musical Theatre class.

An Integral part and highlight of Young's time in the classroom has involved the collaborative partnerships with The St. Louis Dancing Classrooms, The St. Louis Classical Guitar, Strings Attached and LIFE Arts Inc., which help to bring the high quality arts education to his students and the school community.

Young is also a group lessons teacher and board member for the local non-profit organization, Suzuki Harmony STL and is active as a youth leader in his local church. James enjoys playing guitar, reading, and taking long road trips with his family.

Mr. James Young believes that arts education and its connection to Social Emotional Learning is critical to educating the whole student.

Set your region by specifying your Missouri school district. This does not affect your actual region associated with your MSTA membership. This only sets your region while you browse the MSTA website.